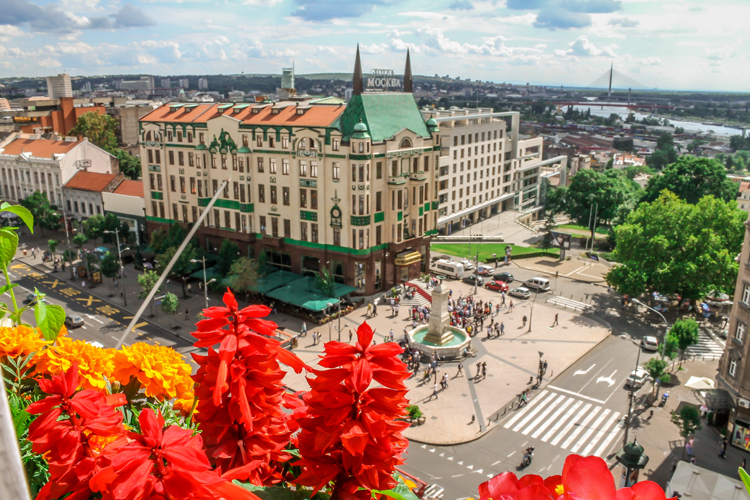 The 12th IC-MSQUARE will be held at the Hotel Moskva which is located at the very center of Belgrade. The Hotel Moskva was built in 1908 on the Terazije plateau at zero point of the centre of the city. It is located at the beginning of pedestrian zone, in the vicinity of the Republic Square and it is surrounded by many numerous theatres, museums, cinemas, as well as many city and state institutions. Since the 20th century it has been under the state protection as a cultural monument.The Hotel Moskva is categorized as a FOUR star hotel. All the rooms are equipped with stylish furniture, a mini bar, a cable TV, and free wireless Internet. On the ground floor there is a café–sweetshop Moskva and a restaurant Tchaikovsky. There are also 3 banqueting halls, a garage and a parking lot.

Moskva Hotel, a landmark of Belgrade, one of the most important architectural gems of the Serbian capital, was built in the style of the Russian secession. Hotel Moskva been under state protection since 1968 as a cultural monument, a nd since 1979 as a cultural asset of great importance. It was inaugurated by King Petar I Karadjordjević himself in 1908. During its long history, this historic hotel with the famous Café Moskva, has hosted over 40 million guests, including some famous names such as: Albert Einstein, Ana Pavlova, Leonid Brezhnev, Indira Gandhi, Ray Charles, Robert De Niro, Brad Pitt, Bernardo Bertolucci, Maksim Gorky, Kirk Douglas, Michael Douglas, Milla Jovovich and many, many others. 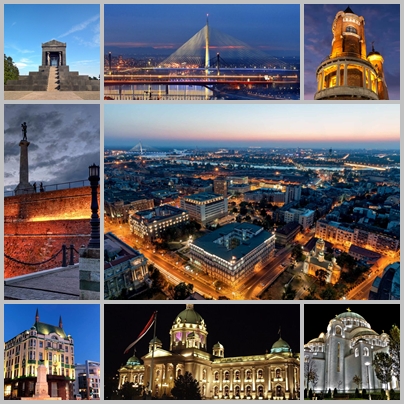 Belgrade, the capital of the Republic of Serbia, is located in South-East Europe, at the beautiful confluence of the Sava and the Danube rivers. After Istanbul and Athens, Belgrade is the third largest city in South-eastern Europe. Belgrade has around 1.6 million residents and presents the financial and economy center of Serbia. In the field of traffic and transport, it is a city of great importance for South-East Europe, as a road and railway center, as a port for river and air traffic, and as a telecommunication center.

Belgrade’s history lasts full 7,000 years. Many cultures and tribes left their mark in its long and turbulent history: Thraco-Dacians, Celts, Romans, Byzantines, Slavs, Ottomans, Austro-Hungarians, have all shaped Belgrade one of the most diverse and interesting cities of South-East Europe. The official language is Serbian, while visitors from abroad can use English to communicate.

The city is home to Serbia's two biggest and most successful sport clubs, Red Star Belgrade and Partizan Belgrade. Red Star won the UEFA Champions League (European Cup) in football (1991), and Partizan won the EuroLeague in basketball (1992). Besides that, Belgrade has been host to many important sport events in its history. Some of them include: European Football Cup Final (1973), European Football Championship (1976), EuroBasket (2005), Summer Universiade (2009), European Athletics Indoor Championships (2017), EuroLeague Final Four (2018). In 2022, Belgrade is host to EuroLeague Final Four in basketball and World Athletics Indoor Championships. The list of sporting events in Belgrade could be found here.

Belgrade has a sister city or twin city agreement established with Coventry (UK), Chicago (USA), Ljubljana (Slovenia), Skopje (North Macedonia), Shanghai (China) and Banja Luka (Bosnia and Herzegovina), as well as an extensive list of cultural relationships with other cities around the world.

Belgrade International Airport or Nikola Tesla Airport (IATA code BEG), is located around 19 km from the city center. The airport is the hub of Air Serbia and is connected with direct flights to more than 50 cities either by flag or low-cost carriers. The airport has been recently renovated and new facilities have been opened. Detailed information about flights and airport services are provided on the Belgrade Airport website. The Tourist Organization of Serbia has a desk at the airport where you can get all necessary tourist information and general information about the city. Although many hotels in Belgrade provide Belgrade Airport pickup service for their guests, we will prepare useful information about transfer options in due course.

Belgrade has been a part of the European railway network since 1885, when it was included on the famous Orient Express route. Nowadays, Belgrade lies at the intersection of main European railway lines E-70 and E-85. Passenger services are provided by state-owned operator Srbija voz. More about timetable and train services could be found on the Srbija Voz website. The ongoing overall modernization of Serbian railway network including the overhaul of the Serbian part on the line Belgrade – Budapest, as well as the Covid 19 pandemic, influence that many international trains have been suspended or canceled in timetables for last two years. Due to all these reasons, we recommend participants to check other traveling options to Belgrade.

For those from Region traveling by own car could be a preferred option. The main European routes E-70 and E-75 intersect in Belgrade. Both routes almost entirely go as highways. Foreign drivers in Serbia are required to have a national driver’s license, traffic permit and an insurance policy. Useful information, such as conditions on state roads and waiting on toll stations could be found on the Roads of Serbia website.

Belgrade has an extensive public transport network with about 130 lines which consists of buses, trams, trolleybuses and BG trains operated by the city-owned and several private companies. Sometimes you’ll need to change several types of public transportation to arrive at a particular destination in Belgrade, but it will not be a problem as the public transport system is fully integrated which makes tickets transferable between companies and vehicle types. The ticket system is called BusPlus and detailed information about tickets and timetables could be found on the website of City Transport Company ''Beograd'' (GSP). We will prepare more information about local public transport in due course.

Citizens of 95 countries do not need a visa to enter Serbia. Please check here whether you need a visa. Details about Visa requirements and application process could be found here.

All the necessary information about visiting Belgrade and many others, can be found at the Official Site of the Tourist Organization of Belgrade.